(New Album Review) Deison & Uggeri- In the Other House 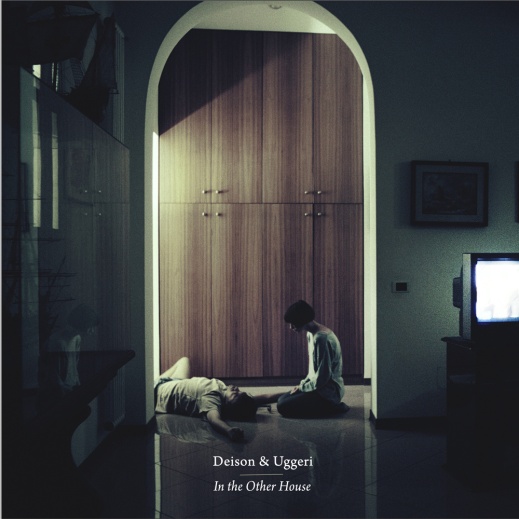 In the Other House is the product of a collaboration that began two years ago between Cristiano Deison and Matteo Uggeri, two wildly prolific noise artists who have been active since the 90’s. The album is intended to be a auditory portrait of an imaginary house and the presences within it, room by room.  This strangely beautiful work is easily one of my favorite dark-ambient themed releases of the year. What is truly remarkable is that the pair never actually physically met in the process of recording the album. In the Other House was published through Old Bicycle Records, which will begin shipping out a limited run of an LP June 1st — an offering made all the more attractive considering Francesca Mele’s bewitching album photography.

Deison and Uggeri have stumbled upon a style similar to the “acoustic doom” of Erik Skodvin’s Svarte Greiner, an approach to creating dark ambient sounds that organically stirs powerful emotions in the listener precisely because it is not static or weighed-down– rather, it is defined by the frenetic passage of acoustic details over a steadily ebbing electronic drone. Consquently, on this release, we intuit the spatial characteristics of these rooms in the whine of yielding floorboards and hinges and the  presences within them in the superimposed textures from synths. As with much electro-acoustic music, the superrealist sonic clash at the heart of the work carries us deep into the realm of the psychological. Whichever room’s buried secrets recall the imagery of your dreams, In the Other House comes highly recommended to those on the lookout for highly imaginative and organically beautiful dark ambient.

If you are intrigued by this release, I recommend looking into Uggeri’s Sparkle in Grey, who recently put out a split album with Controlled Bleeding called Perversions of the Aging Savant… or better yet, Deison’s dark ambient project with Gianfranco Santoro, Cinise.