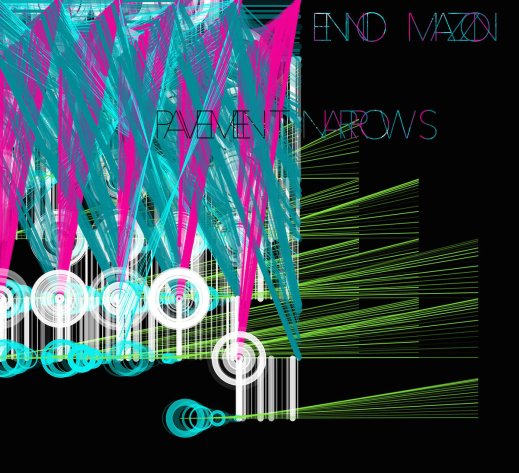 Ennio Mazzon is an engineer and experimental musician based out of Berlin, the founder of Ripples Recordings, and a really interesting character in the field of laptop music not least because his work is realized in part through custom software he has developed for himself and others. His new album Pavement Narrows, off Discreetrecords, offers a candy-colored take on glitchy electronic, a far cry from the dark ambience of his last full-length solo outing, 2013’s Xuan.

A steady current of choking white noise is buffeted by delirious beats– there’s something of a celestial, jazzy noisiness to these soundscapes that sends you twisting and lunging, stopping and starting through a maze of machinery. Melody vaguely flickers in and out of view within the racing, shimmering wall of simulacra. Pavement Narrows is not only very stylistically distinct from Mazzon’s past solo work, but it smacks little of the chilly austerity of the work of possible influences like Ryoji Ikeda and Alva Noto; true, it is immersive and (in part, at least) meant to recall a meta-reflection on the medium on which it was created, but it is a joyful noise above all, bright and brash, and liable to knock you off your feet. A really powerful album you need to check out right now, as in the moment you finish reading this sentence. 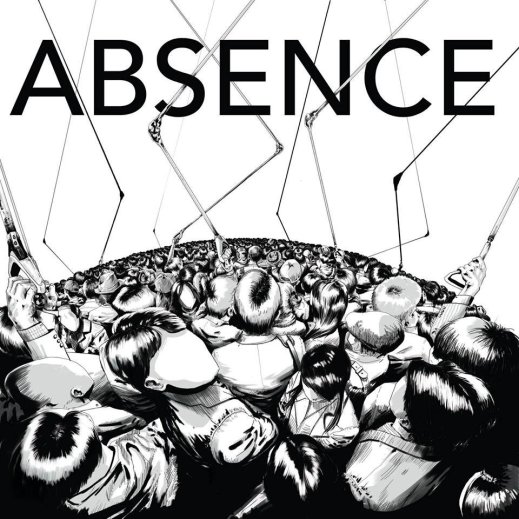 It’s absolutely essential to remember the arbitrariness of artistic scenes; while I do not doubt that they are often inextricably tied in some way or other to the sociopolitical climates of the soil in which they take root, I’d like to think that they just appear spontaneously, as landmarks denoting our shared narratives and symbols. The unfortunate reality, though, is that the level of exposure these scenes receive depends on either their proximity to the people who decide what gets a chance and what gets ignored, or the help of better-situated benefactors and curators.  Absence, off Australia’s Flaming Pines, a compilation of electronic music from Iran’s nascent experimental menagerie, is a prime example of what I am talking about when I allude to the hidden art scenes of this world that don’t get the attention they’re due. I cannot pretend to have any kind of at-hand knowledge of the cultural factors at play here, but I can intimate why these sounds may be considered, as contributor Siavash Amini puts it so well in his introduction for this compilation, “not newsworthy” by too many. Their loss.

Absence was curated by sound artist Arash Akbari, and the pieces collected herein run the gamut from glitchy microbeats that burrow deep in the brain (check Bescolour‘s “Alogia”) to overpowering ambient billows from the aether (Umchunga‘s “RS” finds an immensity that could swallow life itself). Nevertheless, it’s clear that the tone of the project, and maybe the scene in general (many of the artists are based in Tehran, though a few are actually no longer based within Iran), was deeply influenced by the work of curator Akbari (who contributed “Falling” in addition to curating the collection) and stylistically similar contemporary Amini (represented here by the opening track “Fading Shadows of Dusk”), who both broke through to the netlabel-ambient international scene around 2014. It’s hard to describe exactly what unites these Iranian voices in terms of style, other than to say that they find a cosmic romanticism that’s luminous and fierce, a dream holding on to life in the midst of an unimaginable storm.

They all get in this zone by diverse means– Amini, for instance, has a modern-classical influenced sound that utilizes Western string instruments, while Tegh’s “Station Four” goes the route of the impassive ambient techno of Wolfgang Voigt. I was particularly struck by Pouya Pour Amin’s “Exterior Wash”, a more minimal piece in which the duality of noise and melody forms a meshing of darkness and light that calls to mind a perfect soundtrack to Fourugh Farrokhzad’s The House is Black. The spiritual spaces fleshed out in these pieces often seem to speak of hope and loss– there is a poignancy and sense of purpose here that is not always present in ambient music.

This deeply textural, melodically captivating collection will not leave my memory soon. I hope you will give it your time as soon as you can. 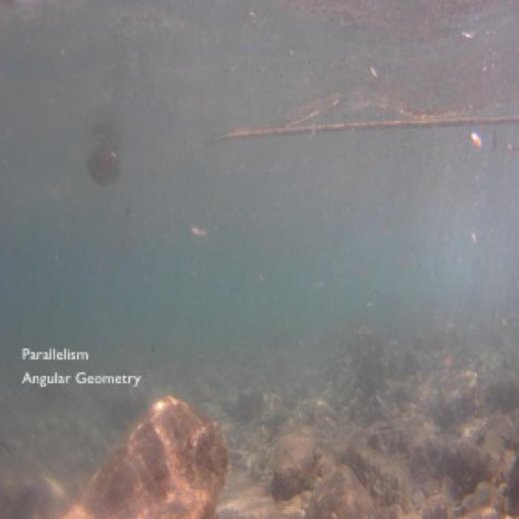 Parallelism is a moniker of Portland-based composer Sage Taylor, who’s been laboring away at the electronic music thing for over a decade now, equally comfortable crafting lush soundscapes and cunning dub techno rhythms. As Parallelism, quite a bit more of the former can be seen– his excellent new album under this relatively young moniker for Amsterdam’s always reliable Shimmering Moods, Angular Geometry, delves deep into opaque, swirling clouds of dark and lovely ambience. If you have been following this guy for some time now, and want to see a more abstracted side of the producer formerly known as Textural Being, or if you are simply a bystander fascinated with the intersection of ambient and dance music, this would be a perfect point to drop in on what Taylor’s been cooking as of late. Warm, spacious pads and a vague sense of rhythm dissolve into something halfway between Steve Roach and Deepchord, with electro-acoustic details etched in here and there to intriguing effect. Pretty great stuff. 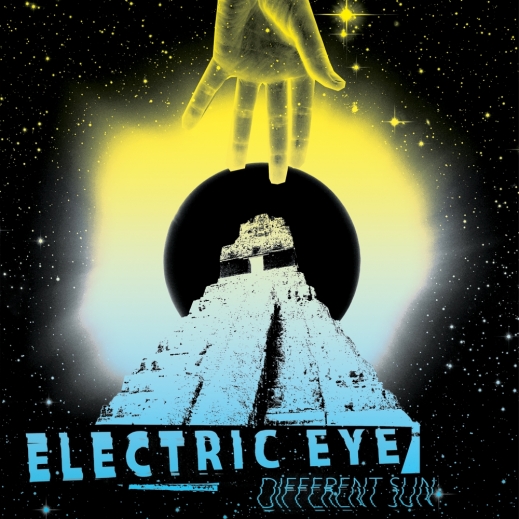 Electric Eye are a space-rock outfit from Norway who, along with White Manna and King Gizzard & The Lizard Wizard, are managing to kick some much-needed life into the psych revival scene with a tight, confident sound which sets bluesy, driving guitars loose in cosmic soundscapes. Their new album Different Sun, just released this week off Jansen Plateproducksjon, is all gliding guitar lines, sitar, and tape echo adrift in an epic road movie spanning the dystopian desert of an illusory America. From the poetic lyrics that overlay the insistent percussion and blissed-out ambience of “All Of This Has Happened Before And Will Happen Again” to the swelling guitar riff on the chorus of the cutting, strutting “Bless”, one gets sense of a group with something more melodic and punchy in mind than many of their more droney, avant-leaning comrades.   They finally give into their experimental tendencies for the shadowy, ebbing closer, “Part One”, an instrumental that smacks of the dreamy drama of Meddle and Starring Rosi. Electric Eye have been riding the festival circuit for quite some time now, including a spot on the SXSW Levitation showcase, but they haven’t played Levitation proper yet. Listen to this one, and its dark, krauty rock that blows most fey modern psych-pop away, and you’ll find yourself wondering how that can be so.